Lis Pendens are notices that warn the public of lawsuits that affect real estate. They are often used in divorce cases to protect one spouse when the other tries to transfer real estate without the other spouse’s knowledge. Lis Pendens help to protect a spouse’s interest in the property until a final settlement is reached or a judge decides how to fairly divide the real estate between them.

Failing to record a lis pendens during a divorce may lead to property loss. A new homebuyer may unknowingly buy real estate involved in a divorce unless a recorded lis pendens warns him not to.

An innocent buyer may need to give the property back, even if a judge later awards it to the selling party in the divorce. A recorded lis pendens may also help protect a spouse’s property interest if the other spouse files bankruptcy. It provides a recorded interest and maintains a higher priority over other unsecured creditors in bankruptcy court.

Generally, a final judgment for divorce discharges a lis pendens; however, each state has its own set of statues governing the requirements of lis pendens. Because a judgment for divorce may discharge a lis pendens, many times the vacating spouse will have a marital lien placed on the property to protect their interest that was awarded to them during the divorce if their interest is to be obtained from a future sale or refinance. A Marital Lien is also considered a ‘notice’ of lis pendens and will reflect in the property title searches.

When a Marital lien is going to placed or is already in place on a property, it is important to recognize the following important mortgage guidelines. These guidelines should be considered in the event future mortgage financing is required for the marital home. 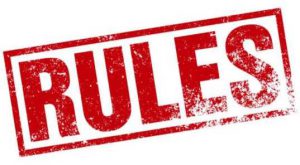 There are 2 primary rules that
need to be followed when
refinancing the martial home
with a marital lien in place.

Rule #2. The specific amount needed to satisfy the marital lien must be detailed in the final marital settlement agreement. When refinancing the marital home to satisfy the marital lien, meeting specific guidelines can help the refinancing spouse gain more favorable loan conditions. Avoid including the marital home in a combined asset and debt division formula. Doing so may cause the cause the new loan to be considered as a cash out refinance causing a higher interest rate and reducing access to equity. The division of equity in the marital home should be noted separately and noted within the Real Property section of the marital settlement agreement. Noting the equity division separately, including the specific percentage or dollar amount, will qualify the new mortgage as an Equity Buy-Out which is treated the same as a no cash out refinance by mortgage professionals.