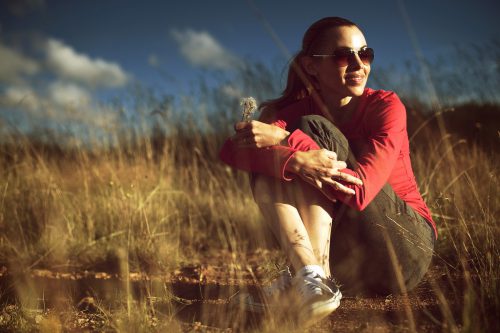 Include some of these 5 tips into your divorce settlements, and set yourself apart from the majority of family law attorneys who do not know these principles of mortgage qualifying!  As a Certified Divorce Lending Professional (CDLP), it is my obligation to apply these principles in the context of a specific case where a client is qualifying, real-time, for a mortgage transaction. These include, especially, refinances to remove a spouse from the mortgage obligation, refinancing to include a buyout to an ex-spouse and purchasing a new home using support as qualifying income, etc.

1. First, structure income as support income wherever possible. You will see (#3) that, in the mortgage world, there is a difference between income and qualifying income. And, certain rules of documentation apply. Whereas child or spousal support requires a pay history of 3-6 months, receipt of payments from a “note” or “payout” requires a 12-month pay history. In a recent case, the agreement was for one spouse to pay $3,000/month in child support and $5,000 in a payout over time for the other spouse’s interest in a company. Mortgage guidelines require a longer pay history for the payout of the “note” (12 months) than they do for child support (3-6 months). So, while the spouse is receiving $8,000 each month, her qualifying income is only $3,000/month (after the required history of payments has been received and documented).

2. Secondly, get the clients to begin support payments IMMEDIATELY if at all possible. You will see (in #3) that a pay history must be developed. So why would a husband, for exam- ple, want to begin paying child support or spousal support before the final divorce or be- fore/without some order from the court (vis a vis a final decree of divorce or other orders)? It’s really straight-forward – that husband wishes for his wife to refinance the mortgage in order to remove it from his liability, perhaps to roll in a buyout to him of an agreed amount or for her to be able to purchase a home nearby for their children’s wellbeing. These are personal reasons why it is in the best interest of all concerned. But how could a payer manage to begin “supporting” his/her own children and spouse when, many times, they are already doing this by making the mortgage payments and buying the groceries? Actually, it’s easier than one might think. If, for example, a husband will be paying child and/or spousal support to his wife and she will be refinancing the mortgage into her own name and liability, he can begin support payments to her and she can, in turn, make the current mortgage payments and buy the groceries with her new income. As the old saying goes, “it’s six one and half-dozen the other.” This is more than “gaming the system.” It’s creating a documented paper trail that shows the husband’s ability and willingness to make support payments – a real key in mortgage qualifying. Here’s a sub-tip: Make sure that the payer pays from their sole/separate bank account into the payee’s sole/separate bank account. Payments to or from joint accounts do not count.

3.Thirdly, remember the 3/36 or 6/36 rule. The 3 and the 6 represent months. For FHA loans, a “pay history” of 3 months of support payments must be documented. For conventional (aka Fannie Mae or Freddie Mac) – generally preferred – the requirement is more stringent, 6 months. The borrower must have received 3 months (FHA) or 6 months (conventional) of sup- port income for that amount to be considered “qualifying income.” But, that’s not all. The second number – the 36 – represents the number of months which the support income must continue after loan closing. Note that this is after loan closing, not after final divorce. This is critical because when an attorney thinks of “continuance” they are generally thinking of how long some provision may continue after its start date or final divorce. Mortgage guidelines ap- ply to the date on which the loan closes. One more thing – 35 months will not suffice. It must be 36 or more months remaining in the support payment schedule. Yes – it’s that tight. There are some variations – none which are more lenient – to this rule. A little over one year ago, many conventional financing guidelines changed from requiring 3 months to now requiring 6 months of pay history. The 3 year (or 36 months) rule has been standard for many years now and also guides other types of income. For example, for wage-earner borrowers, there is the same expectation for 3 or more years of employment. The standard Verification of Employment form has a box for “Probability of Continued Employment.” Most employers avoid answering that question for obvious reasons. But, if there is a definite end to employment (as in the case of a wage earner who is also under a contract with the employer) that is stated as earlier than 3 years after projected loan closing, the applicant’s income cannot be considered as “qualifying.”

4. Fourth, convert assets to an income stream when there is a potential need for the recipient to qualify (with support income) for a mortgage. In higher net worth divorces, there is often a transfer or division of financial assets to “equalize” the property settlement. While such an agreement may satisfy a logical agreement to split assets, it often leaves the recipient of such large assets without qualifying income and, therefore, without the ability to obtain their own financing. How many times has this happened? Two attorneys, two clients and a couple of ancillary personnel are seated around a large conference room. One attorney says, concerning op- posing client, “Well, we’re giving her $300,000, the house is worth at least a $1,000,000 and the mortgage is only $100,000; any bank would be happy to have that loan.” Well, maybe so. But, after January 1, 2014, when the CFPB’s new rules kicked in it may be more difficult to make that loan without the client having their own, separate income from some other source. And even now, there would be no standard (FHA or conventional) mortgage available for that scenario. Why? No income. (Actually, $300,000 can possibly be considered as $833/month – 1/360th of $300,000. But, that income wouldn’t service the taxes on such a property). But, by dividing $300,000 into, let’s say 46 months, the qualifying Income could be about $6,520/month. Now, we have something in the range of qualifying for a real mortgage.

5. Fifth, Never rely on what you’ve heard “on the street” or what an amateur advises. Always call to verify. Call me, have your client call me, have the other attorney call me – but call. Even though I am giving you these tips – even outlined as principles – no tip or principle is as important as involving a professional Divorce-Mortgage Specialist. And the earlier someone calls the better for everyone. Guidelines are in a constant state of flux. Many lenders “layer” their own guidelines on top of FHA/VA/Fannie/Freddie guidelines.