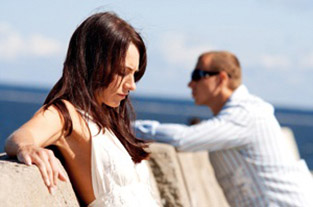 The seven-year itch is a psychological term that suggests that happiness in a relationship declines after around year seven of a marriage.

The seven-year itch can be analyzed quantitatively. Divorce rates show a trend in couples that, on average, divorce around seven years. Statistics show that there is a low risk of separation during the first months of marriage. After the “honeymoon” months, divorce rates start to increase. Most married couples experience a gradual decline in the quality of their marriage; in recent years around the fourth year of marriage. Around the seventh year, tensions rise to a point that couples either divorce or adapt to their partner.